Our stockholders have elected two local agriculture leaders to serve on the board of directors for our financial cooperative. The elected board members, who are stockholders themselves, are responsible for establishing policies, providing strategic direction, and overseeing all major institution functions for the association.

The individuals elected were: 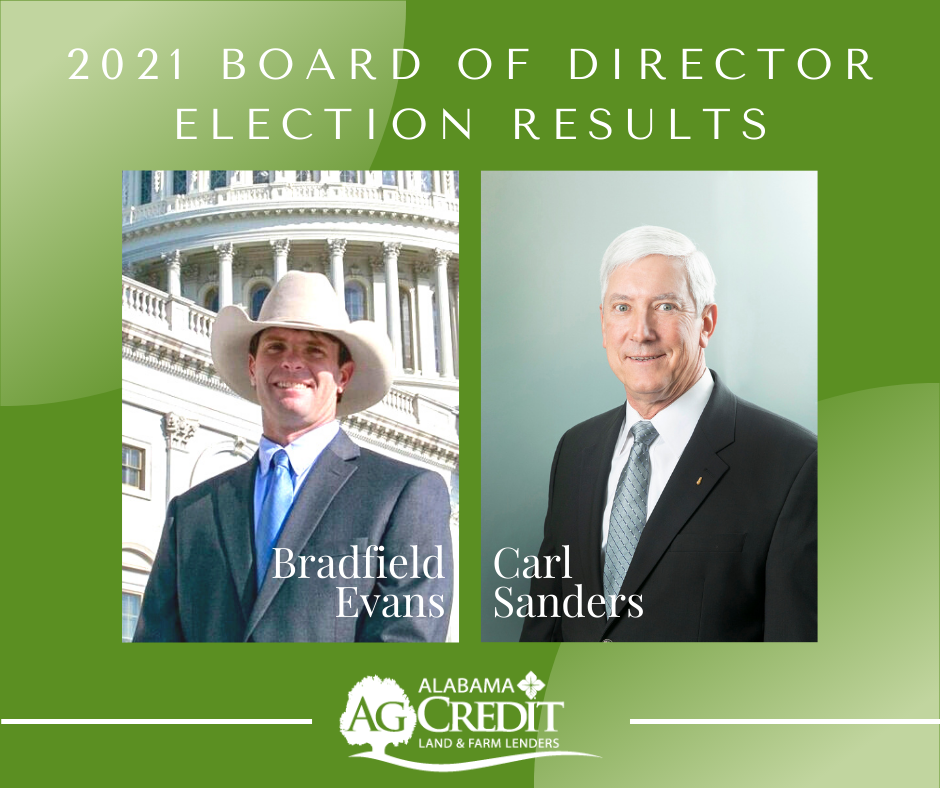 Bradfield Evans is new to the Alabama Ag Credit board and resides in Hope Hull, AL. He has been a full-time seedstock cattleman since 2015 and has been farming since 2010. He and his family operate CK Cattle, a Lowndes County-based farming operation encompassing cattle, corn silage, and hay.

John "Carl" Sanders has served on the Alabama Ag Credit board since 2015 and resides in Brundidge, AL. He has been farming full-time since 1976. He farms in partnership with his son in Coffee County, where the primary commodities produced are peanuts, cotton, corn, and oats.

Our board of directors is comprised of eight members: six elected by customer-stockholders and two appointed Directors. The 2021 Annual Meeting was held on April 30, 2021, via conference call. All voting stockholders received, by mail, a ballot with instructions on how to vote via mail or online. Voting was active from May 14, 2021, through the end of day June 7, 2021.